The Driverless Car Debate: How Safe are Autonomous Vehicles 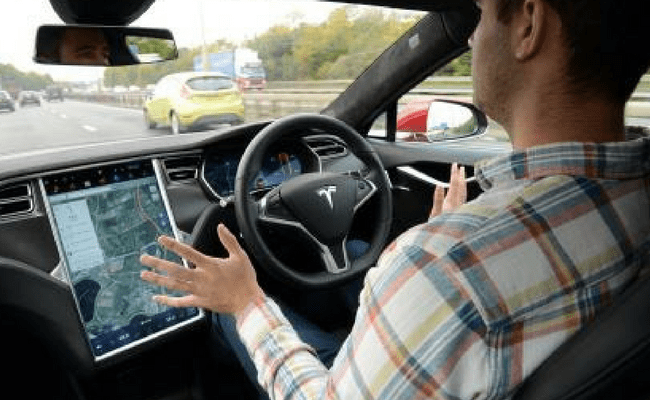 Whether you know them as driverless cars or autonomous vehicles, these high-tech mobility options are set to become the next big trend in transportation. However, there are lot of hurdles to overcome, not the least of which is gaining the trust of not just regulators, but also the general public. With some of the big names in technology and auto manufacturing getting into the driverless car game, the number of autonomous car projects that are either under development or are being actively tested on city streets is growing, but are vehicles equipped with autonomous driving technology really safe enough to put the lives of humans in their virtual hands?

Although Tesla has been getting a lot more attention for the so-called Autopilot capabilities that are built into each of its vehicles, there are a lot of other big names making bids to bring driverless cars to the world, including Alphabet (Google), GM, Waymo, Lyft, and Apple. And beyond that, there are hundreds of companies that are working on the hardware and the software to support those efforts, which lends a lot of weight to the idea that the question of driverless cars is not if it will happen, but when it will become a part of everyday life.

When it comes to the safety of the passengers of autonomous vehicles, and the safety of other drivers and pedestrians around them, there’s a fair bit of skepticism on the part of the general public, perhaps in part because trusting human lives to machine intelligence is a recent innovation and not one that comes easily to the general public. However, when stacked up against a human, who use their own senses from the point of view of the driver’s seat, driverless car technology has some major advantages, such as the inclusion of radar, lidar, lasers, cameras, and other sensors, plus the integration of GPS and mapping technology.

All of those various sensor systems tie into a central processing system, or electronic brain, which can accept inputs at a far faster rate than humans can, and then take the most appropriate action virtually immediately, as opposed to the average human driver, who may be distracted or have slow reaction speeds. An autonomous driving system, on the other hand, can not only react quicker, but can also rely on the cumulative experience (and data points) of millions of miles of testing to inform its actions. And the pilot of a driverless car never gets sleepy, drinks, or gets road rage, and can be configured to always respect the speed limit, no matter what the hurry is.

Autonomous driving isn’t a one-size-fits-all designation, either, and before we see truly driverless vehicles (Level 5) that can get from point A to point B with no human interaction at all, we’ll see more and more companies add lower level autonomy to their vehicles’ safety features, such as driver assistance (Level 1) and partial automation (Level 2) that can help sense pedestrians and vehicle blind spots, keep the car in its lane, and provide for easier parking. Currently, several major automakers are taking a cue from Tesla and incorporating these lower levels of autonomous driving to their vehicles, and one of the big ridesharing companies is set to launch a public self-driving car pilot program this year, although most likely with a human acting as co-pilot.

When it comes to the transit sector, self-driving vehicles could play a big role in the near future, and projects in both Europe and the US are working to test and deploy autonomous shuttles and driverless buses, which will enable transit companies and their riders to experience the benefits of this futuristic technology. With self-driving vehicles said to be more safe — by a huge margin — than those with a human at the wheel, and the fact that they don’t need to sleep and can be put to work 24 hours a day, autonomous technology in public transit could offer a big boost for this transportation sector.