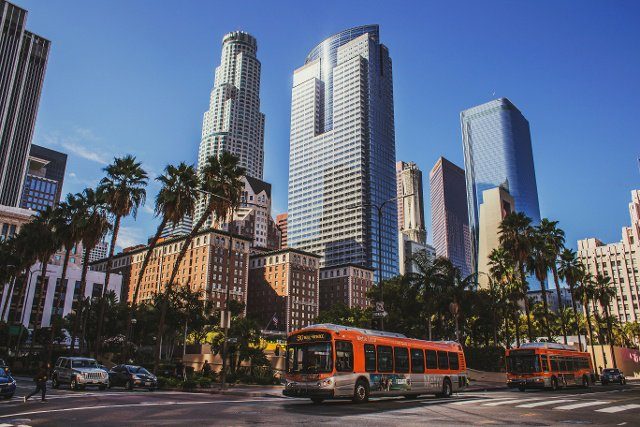 The emergence of autonomous vehicles as a viable means of transport in the real world – and not just some concept car on a closed track – is set to radically change the way people and goods get around in the very near future. And although the benefits to individuals who may eventually own or share an autonomous vehicle tend to get the most play in the news, there are many underplayed areas of potential impact. A big area is the transit industry – on top of the eventual possibility of autonomous fleet operation, there is also massive integration potential in taxi and rideshare services like Uber and Lyft.

There are still several roadblocks and obstacles to overcome before the full adoption of autonomous vehicles on our road, but the advent of automated and optimized mobility solutions as complementary technologies for moving people around cities, campuses, and extended metro areas promises to deliver a host of benefits to both the passengers and the transit agencies that operate these fleets. Here is a quick look at just a few of the ways that autonomous vehicles can benefit transit operations.

Providing more frequent and regular services: Local fixed-route shuttles, in airports, car rental shuttles, corporate and university campuses, are a prime candidate for autonomous vehicles. Small 10-12 seater autonomous vehicles can travel on both roads and pedestrian areas and interconnect with traffic signals, road beacons, and other shuttles in order to navigate safely in complex low-speed conditions.

First and last mile solution: Autonomous vehicles can offer a cost effective solution to close the first/last mile gap, by bringing bus stops closer to places of work and homes by offering a frequent autonomous shuttles service to the nearby bus stop.. These last mile autonomous vehicles will increase ridership on the main transit systems and reduce congestion.

Paratransit service: Some paratransit services could be optimized by autonomous vehicles. Instead of requiring both a driver and a bus aide, it removes the need for a driver, leaving the bus aide to help customers and step in to drive the vehicle if required. With an advanced computer doing the driving, they could most likely deliver a lower risk and higher level of efficiency than many current paratransit options.

Reducing operations costs: Autonomous vehicles in transit operations have the potential to reduce both costs and human error, thanks in part to the ever-vigilant array of sensors and algorithms that — unlike a human operator — never get tired and never get distracted. This risk reduction may then translate into lower insurance and liability costs, as well as a reduced staff overheads, and because of the networked and monitored nature of autonomous vehicles, mechanical issues can be discovered and addressed immediately, instead of being alerted after a part or system fails.

Solving driver shortage to increase reliability: In today’s market of low unemployment rates, agencies face the challenge of recruiting drivers. Even without that challenge, there’s the issue of staff calling in sick, coming in late, or taking time off. To top it off, driver training adds to operational cost. Autonomous vehicles solves for all those challenges by removing the need for having an operator present in the vehicle. It also creates job openings for more upskilled positions (i.e. control room monitors or MX needing more software based skills).

Although there are concerns about the adoption of autonomous vehicles, such as the need to ensure that self-driving systems are fully secure and aren’t an easy target for hackers, the pros far outweigh the cons. Autonomous vehicles is a sustainable solution that will solve for growing driver shortages that impede on transit reliability. In the long-run, transit agencies and mobility organizations stand to enjoy a wide range of benefits that autonomous vehicles will bring.

Subscribe to our blog for the latest transit industry updates.