Why is Public Transportation Good for the Environment? 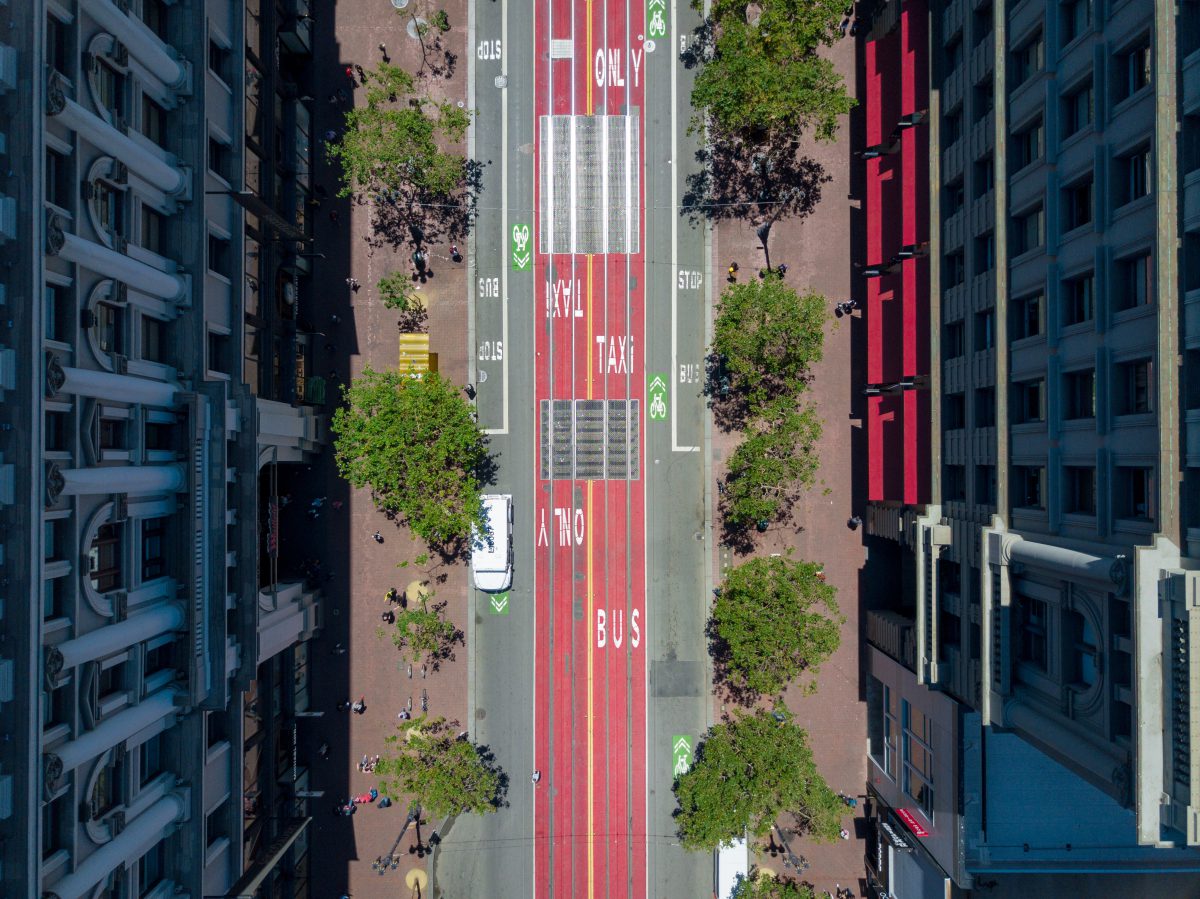 Public transportation is not only a great way to get to work, to school, or to go shopping, it’s also an environmentally friendly mode of getting around. Even though many public transit options include diesel-powered buses, which are not known for being the cleanest vehicles on the road, the difference is made up for in both the fuel efficiency (as measured in Person-Miles Per Gallon (PMPG)) and the fact that they take up far less space than the number of single-occupancy vehicles needed to transport the same amount of people.

Because public transit carries many passengers on a single vehicle, it can reduce the number of vehicles, the level of traffic noise, and the amount of tailpipe emissions associated with those vehicles. By reducing the amount of emissions from transportation in dense urban areas, public transportation can help cities to reduce smog, to meet air quality standards, and to decrease the health risks of poor air quality to their residents.

Even though a single transit vehicle can use more fuel than a private vehicle does, the average amount of energy used per passenger is far less than a single-occupancy vehicle, and using public transportation can help individuals lower their personal carbon footprint and reduce their transportation-related emissions. One study found that a bus “with as few as seven passengers is more fuel-efficient than the average single-occupant auto used for commuting,” and that buses generate only about 20% of the carbon monoxide and just 10% of the hydrocarbons per passenger-mile when compared with a single-occupancy vehicle.

Because transportation accounts for about 27% of all greenhouse gas emissions in the US, public transit is an effective means for reducing these emissions without requiring a large capital investment, as can be the case for other ‘green’ technologies. According to the Environmental Literacy Council,  a public transit company “is estimated to save over 1.4 billion gallons of gas and decrease carbon dioxide emissions by 1.5 million tons each year.”

By taking up less space and reducing gridlock, buses and other public transit options can also enable more efficient traffic flows for all vehicles, which in turn helps to reduce fuel waste and emissions that come from sitting in traffic jams. These high-occupancy vehicles also free up parking spaces, which reduces the amount of time and fuel spent circling the block to find a good parking spot. According to the American Public Transportation Association, in 2011 the use of public transportation “saved 865 million hours in travel time and 450 million gallons of fuel in 498 urban areas.”

Another effect of the space-saving nature of public transportation is the fact that it can help enable denser land use, which then frees up land for other purposes, such as nature preserves, parks, urban forests, and other uses. According to the Federal Transit Administration, the use of transit-oriented development (TOD) can encourage more compact development and enable better in-fill due to the easy access of residents and commuters to public transportation options, which in turn “can reduce pressures to convert farmland and environmentally sensitive areas into housing and commercial development.”