How Do Cities Determine Where to Put Fixed Route Buses? 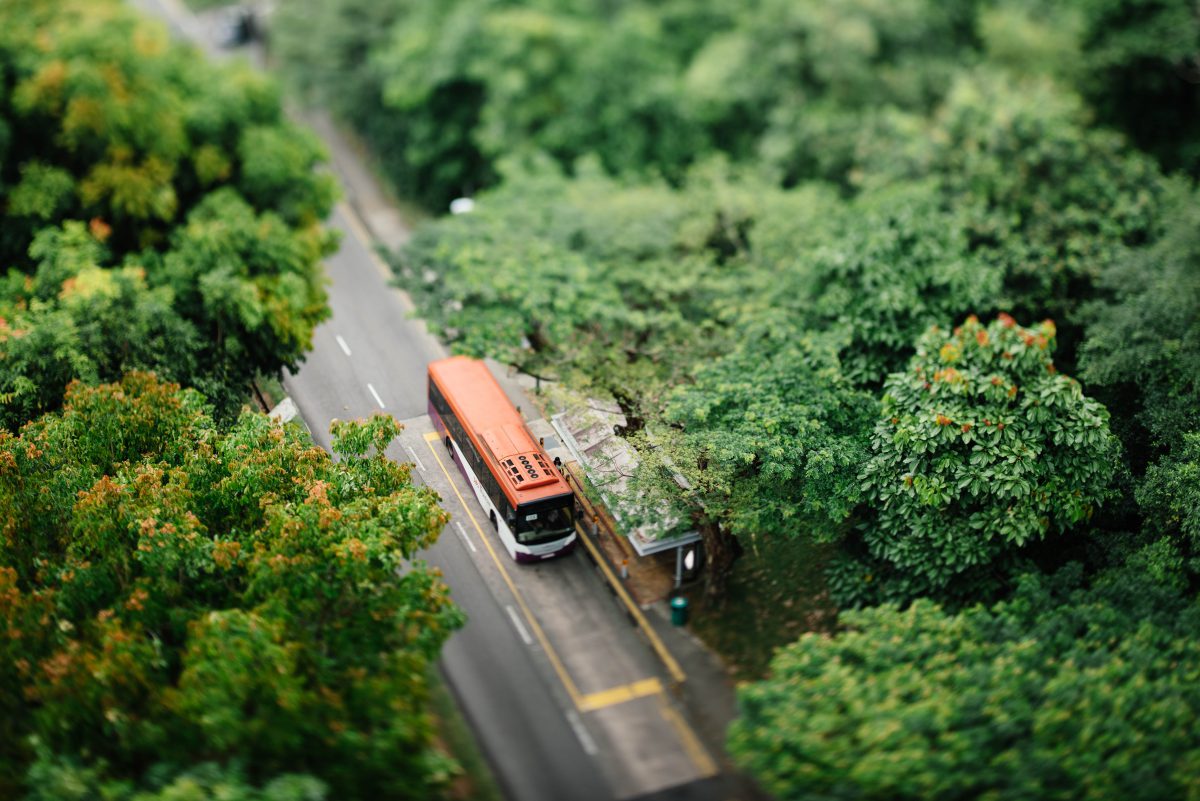 Although the average transit rider doesn’t often have a need to think about it, unless they’re wishing for a more convenient bus stop or route, transit agencies spend a lot of time and energy determining where and when their fixed-route buses run. Making decisions about scheduling frequency, route timing, and bus stop locations are all part of the transit planning process, which takes into account not only short-term forecasts but also long-term predictions, while combining current ridership statistics, route performance, and geographic and demographic data in order to optimize existing routes and identify the need for new routes or stops.

Fixed-route buses typically serve corridors connecting residential areas with those that feature employment, shopping, education, or medical services, as well as municipal and government offices, and often link up to transit hubs and other transportation centers.
Fixed-route transit, which picks up and delivers riders along a set route and according to a regular schedule each day, is a boon to commuters, students, seniors and tourists alike, who all want a dependable, efficient, and on-time ride to their destinations.

When determining the location of the route, the locations of bus stops, and the daily and weekly scheduling for fixed-route services, a number of variables are into play, not the least of which is the total volume of riders that are either currently using, or are predicted to use a route. Along with the total number of riders per day, planning processes take into account the time of day when those rides happen, which are often clustered around standard day-shift and school beginning and ending hours, with much fewer riders on board at either end of the day. This information helps route and schedule planners allocate more buses, for more frequent service, during peak ridership hours, and less during other periods.

Bus and other transit services are often constructed of two main types of routes, trunk and cross-town, with the combination of the two covering the bulk of the riders’ needs. According to a transit planning report from the University of South Florida, the two can be defined as follows:

Radial routes (or trunk routes) are the backbone of a transit system and operate mainly along arterial streets. Radial routes typically serve the Central Business District (CBD) or urban core and are considered the nucleus of the transit network. These routes are characterized by frequent stops, short passenger trips, and relatively slow average bus speeds.

Cross‐town routes, on the other hand, are non‐radial in nature and do not serve the CBD directly. Cross‐town routes are used to link major activity centers with direct routing or serve high density corridors outside the CBD. They generally intersect radial lines, and schedules should be coordinated to provide optimal transfer connections.

Another variable is the spacing of the bus stops along that route, which can affect the efficiency of the service, in fact so much so that the Federal Transit Administration states that “Bus stop spacing has a major impact on transit performance.” The spacing of the bus stops not only influences riders, who may be able to walk a shorter distance to a stop but will have a longer transit time, but also affects the rest of the traffic around them, both while driving and during and after stops.

Other impacts and influences may also be taken into account for the scheduling and siting of fixed-route bus services, such as physical access along the route for those with disabilities, space for sheltered stops if needed, parking and bike storage options at transit hubs, and accounting for daily and seasonal traffic fluctuations that may delay services.